The astropy.coordinates package includes a framework for celestial coordinate conversion between a number of frames, including for example Equatorial and Galactic frames, Altitude/Azimuth for a given observer, and many more. In addition, a function named get_sun() is included to retrieve the location of the Sun as coordinates which can be transformed to any system.

This feature request is for similar functions to get_sun() but for any Solar System object, including planets, satellites, asteroids, and so on. This could make use of the JPL Solar System Dynamics data. There is already a Python package called jplephem that can be used to interface with this data, but it would be nice to have this seamlessly accessible via the astropy.coordinates framework.

An implementation of `get_moon()` and `get_moon_phase()` that does not require interaction with the JPL backend would go a long way. The precision would not need to be especially high.

Good point! The implementation that made it into 1.2 supports either using the JPL backend *or* some polynomial approximations that aren't quite as precise.

Just noting here that SPICE is the (C) library that underpins JPL Horizons, and the custom software of many NASA/ESA missions. It could be wrapped if we want to avoid internet access being a requirement for ephemerides. We'd have to verify the licensing requirements, but I _suspect_ that it can effectively be considered public domain (it's somewhat unclear if derivative software needs export clearance etc).

Note that this was implemented in Astropy v1.2!

So can we close this now as implemented, or should keep this open until we can have minor planet ephemerids, too?

0
Completed
The Astropy Project 6 years ago 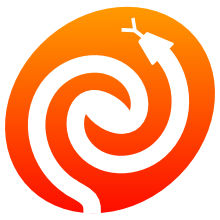